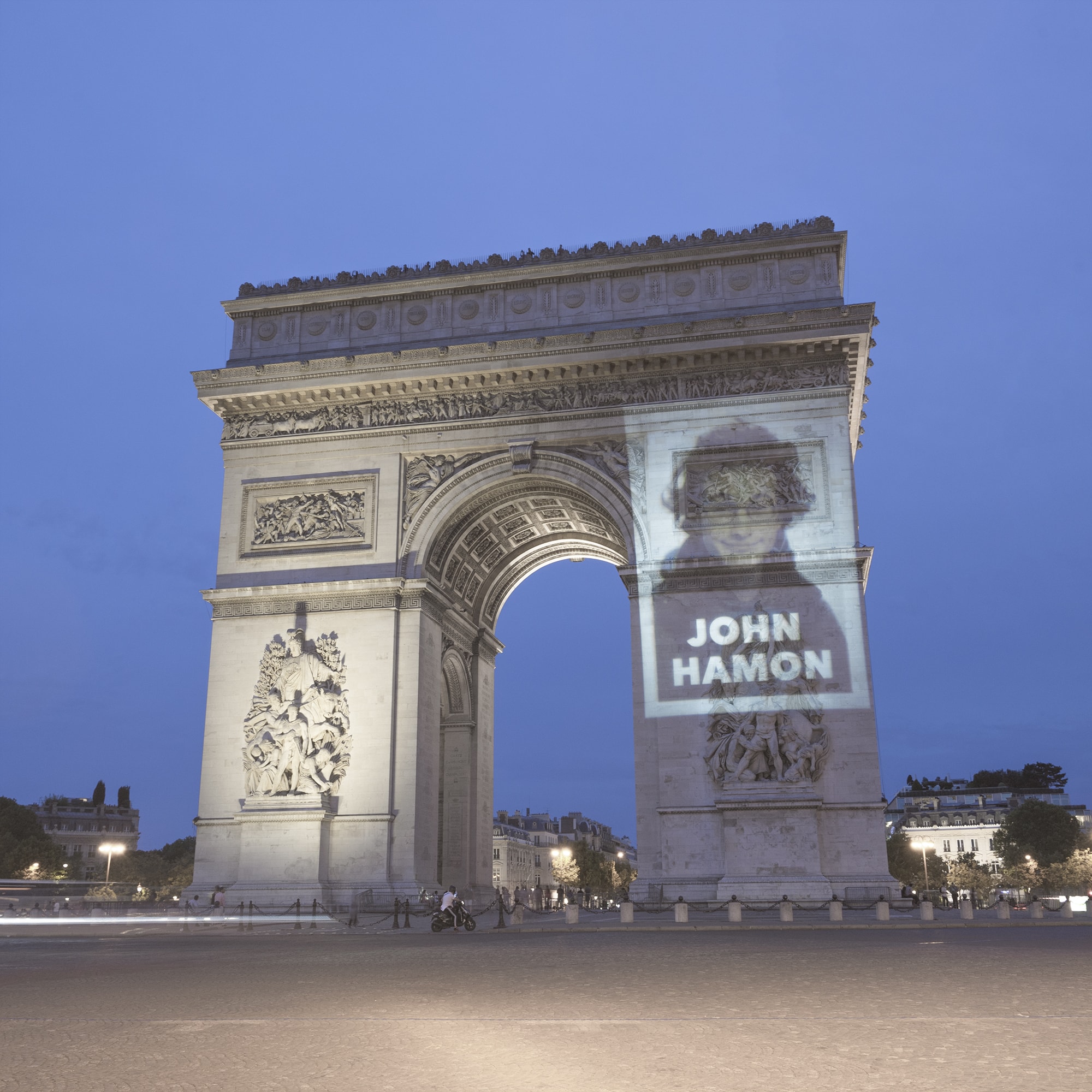 Paris is a city with many intriguing aspects, but there is one persistent question that hangs over the heads of many a Parisian: Who is John Hamon?

John Hamon is a mystery; he is a puzzle you want to solve. John has wire-rimmed glasses, a head of tousled hair, and a goofy grin. He doesn’t have that all-knowing Mona Lisa look, but admittedly he’s enigmatic in his own way. And for the past 18 years, posters with his name in huge block letters (yes – that’s his real name) and an ID photo taken when he was 19 (yes – that’s his real face) have been plastered all over the streets of Paris, and even light-projected against monuments like the Eiffel Tower, the Arc de Triomphe, the Invalides or the Palais de Tokyo, the latter during an art exhibition opening. To date, his posters have even made it to 33 countries and 77 cities.

His art revolves around the staunch, thought-provoking belief that “It’s promotion that makes the artist, or the zero degree of art”. While it may appear like a lighthearted publicity stunt, there are certainly deeper undertones to his work which poke criticism at censures, and questions the exclusivity, politics and clique culture in the contemporary art world. Without gallery representation or pretentious, elaborate artist’s statements or manifestos, John Hamon has become one of the most recognisable faces in the city with a single portrait. And if that’s not a smart take on promotion, we don’t know what is.