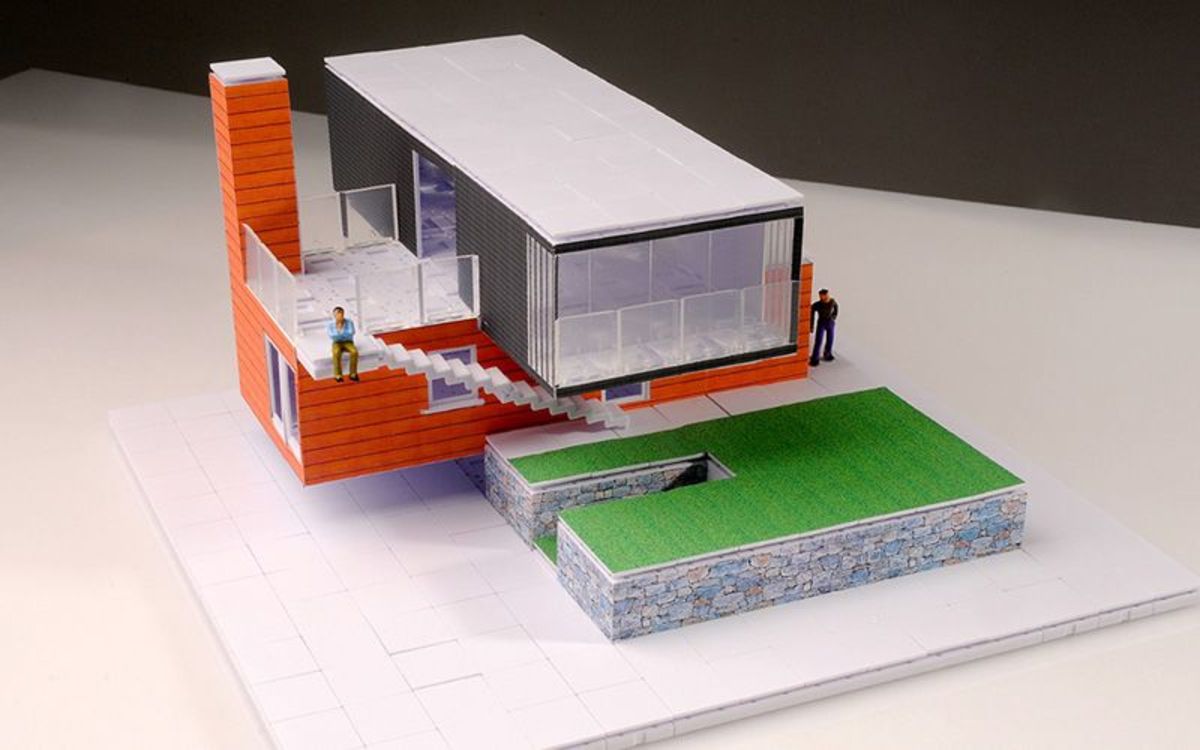 The Arckit unleashes your inner architect

We start building things at a young age: we start with wooden building blocks, then move on to Legos, upgrade to model kits, and eventually end up in front of the screen playing Minecraft.  The novelty of building doesn’t lose its appeal, which is why we tip our hats to the Arckit for being pretty damn awesome.

Created by architect Damien Murtagh, Arckit is a three-dimensional modeling system, a posher version of Legos and Minecraft. The interlocking plastic blocks at a 1:48 scale allows you to awaken your architectural ambitions; they come with components such as stairs, window corners, wall railings and floor tiles, letting you design and build multiple housing or building structures without dealing with complicated 3D software, or the mess of gluing, measuring and cutting normally involved in model-making.

Originally designed for professional architects, Murtagh decided to turn the blocks into kits when he saw how children were enamored by the project during its launch at the 2014 Grand Designs Live event. The start-up’s kits target marget include amateurs and professionals, children and adults. The idea of packaging a professional tool as a game kit is so novel, I wouldn’t be surprised if the next generation springs an insane amount of architects.

There are currently four Arckits available today, ranging from 120+ piece kits (70$) to 620+ piece kits (399$). Once you’ve built your structure, you can complete your work of art with detailed finishes via the Arckitexture online library. Here you can select surface textures and material patterns like wood flooing, terracotta tiles or shingle aluminum and print them out on the adhesive sheets included in your Arckit box.

Fairly new to the market (it was released in May 2014 in the UK and Ireland), Arckit is hitting the US in September 2015. Head over to their website for more news.

Brendon Burton Finds the End of the World in Nevada

Peace and Serenity Flow in the Yimeng Cloud House in Linyi, China